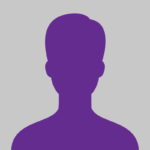 While the opening day of 6GSymposium focussed on some of the key questions relating to what the 6G experience needs to be and key stepping-stones to get there, day two offered the audience a clearer context about how 6G relates to some of the broader trends in the tech and business sphere, and how those interweave or interfere.

The convergence of the communications, internet and computing domains were front-and-centre. Communications networks are becoming software-based, running on a common platform of COTS compute and storage.

At the same time, the distributed nature of telecoms networks offers the chance to bring cloud services much closer to the end user, running on the telecoms network’s computing infrastructure. AI can become localised to where there is a need for it. The outcome is the potential for something much more intelligent and personalised.

InterDigital’s Chonggang Wang gave an example of such a future service: AI driving assistance for rental cars. If an AI recognises the driver isn’t confident driving in heavy rain, the car rental’s AI could offer to take over in these situations.

“This is a complex ecosystem that includes multiple stakeholders [like computing and communications resource providers and consumers]. And we need to assure accountability from them,” he said during the 6GSymposium.

“The security risks are plenty. What 6G needs to guarantee is a better isolation in terms of what can be allowed to communicate in the network. That is what gives you a broader sense of security,” Kanitkar.

While the process of convergence has already started and is ongoing, we have not yet seen an inflection point where processing at the edge is usable enough by third parties, or pervasive enough to be of general use, for it to take off. However, during the 2020s we are liable to see such a thing.

Still, not everyone will – or will need to – go the edge. “Companies will take the capabilities that matter to the edge. Not everything needs to be on the edge, but certain capabilities should,” Kanitkar added. “It’s a lot about the trade-off.”

“Intelligent networks” have been a staple of the evolution from 3G, 4G and 5G. In these contexts, conversation has tended to focus on issues fundamental to the networks themselves, improving things like traffic management, radio optimisation, and more. While essential to the delivery of services to date, conversation is now reaching in two new directions:

To get to those intelligent networks, panellists agreed that the market needs to change the approach. “It’s time to change the focus towards the end-user experience. If you can monitor precisely the data on a user-by-user basis, you can improve the experience [and monetise the solutions],” Rittwick Jana, Principal Wireless Network Engineer at Google, said during the 6GSymposium.

Meanwhile, the telecoms community is creating an environment supporting localised algorithms and “AIs.” Tracy Van Brakle, Principal Member of Technical Staff at AT&T, addressed the question of how that capability can be harnessed beyond simply the network’s requirement.

She pointed out that Quality of Experience (QoE) can be a major driver of value, properly understood, but requires a new approach in a multi-network environment.

“QoE is a multi-operator problem, which opens up a whole new opportunity. Not only are we operating across multiples lines per operator, but we have to partner in ways that we didn’t in the past.”

Evolution, Revolution and Co-Evolution in the 2020s

The afternoon’s portion of the 6GSymposium focussed on two seemingly disparate topics: how 6G networks could integrate requirements from other industry verticals to create customised core networks and the service layers to support them; and the technologies reinventing the air interface for 6G.

It became clear over the course of the discussions that these are in fact two sides of the same coin. Telecoms networks are tasked with delivering services for incredibly diverse requirements; certainly industries have different demands, whether the ultra-low-cost and low power needs of IoT monitoring or the data-intensive, rapid coordination of automated transportation, or the low latency of AR services.

While many telecoms engineers are accustomed to thinking of the air interface as the critical determinant of whether services can be delivered, increasingly there are challenges and bottlenecks further back in the network.

“You’re going to see a lot of lines in the sand, with people claiming ‘We’re interoperable, if you’ll just develop on our SDK’”. Developing an item in the metaverse should mean you develop it once and use it on any platform.

“We need to make, essentially, traffic lanes in the sky for managing traffic. This demands a great deal of enabling technologies, and a critical one is communications, which is where 6G comes in.”

One possible option would be to follow the example of trailblazers such as Firstnet, who worked with AT&T to create what is essentially a customised service within the broader AT&T network.

This includes their own spectrum, capabilities, and unique forms of prioritisation (see this interview with one of its founding figures for more details). This seems to go beyond many conceptions of network slicing to effectively independent, or semi-independent, logical networks bound together with an incredibly flexible service architecture.

None of this is to say that the air interface will not be plagued with challenges to overcome, exactly because of this wide diversity of demands. Core networks might proliferate for a relatively low cost, but radio networks cannot.

As a result, two hours was scanty enough to explore the developments on the road to 6G, some of which are evolutions from 5G and before while others are unquestionably new and revolutionise it.

Tingfang Ji, VP Engineering at Qualcomm, has ambitious visions. “What we’re trying to achieve in 6G is an enlarged version of the metaverse,” he said. “Brain-computer interfaces may be a part of this. It may not be part of a wide-area network, but who said 6G should be all about that?”

Meanwhile, the evolution of telecoms up into higher frequencies is carrying on apace. Professor Josep Jornet of Northeastern University has been working on Terahertz for the past ten years. “Initially we thought THz would only be good for short distances… We’ll have a paper coming out in December showing we can do THz over a 2km (0.62 miles) link.”

With this performance, mobile wireless backhaul is an attractive application. However, there are some revolutionary elements of that frequency band thanks to its joint sensing and communications capability. “Sensing also means spectroscopy. For the same radio link I’m doing for backhaul, I can do air quality measurements, for example.”

There was some caution about the extent to which optimism was justified. Ian Wong from Viavi was keen to highlight, “OpenRAN is changing the game and opening up a new set of players, and that’s very exciting. I would expect this concept of openness and disaggregation will be designed-in with 6G.

“That said, some operators have different ideas of openness.”

Meanwhile Tingfang Ji was cautious about moving too aggressively. “Revolution always means disrupting something. How much disruption do we want to see?” He asked.

Recordings of sessions and speakers from 6GSymposium will be made available on the 6GSymposium website later this month. Here you’ll be able to take in 12 hours of conference content, view the demonstrations and more. And join us on 1st November for a webinar summarising some of the key takeaways and impressions from the perspective of key stakeholders and experts.